The beatitudes in the life of a 20th century martyr: Romania’s monsignor Vladimir Ghika

“The Sermon on the Mount is a summary of the entire Gospel. The Beatitudes – a summary of the Sermon”. This thought-provoking quote from French bishop and orator Bossuet may prompt the consideration of a further spiritual summation: deep down, in the pith of the message the Beatitudes convey, what is being revealed is the face of Christ. In a mystical sense, the Sermon of the Beatitudes offers indeed one of the most faithful portraits of Christ we possess. It is also a life-model the follower of the Lord is offered for imitation. Stemming from the Beatitudes Sermon, Christ’s inner life and bland face, which the Spirit would reproduce in us so as to reshape ourselves in His likeness, become tangible, fundamental features offered to the Christian to grasp, try to imitate and follow.
Exempla trahunt. The saints are those who offer guidance along the arduous path on which, in the wake of the Sermon on the Mount, blessedness proves to be the reverse of worldly glory, arrogance and earth-born happiness, the opposite of the world’s ways to seek delight in pomp, material wealth and the other human drives craving the glitter of perishable things.
Against the grain of the world’s ways of pursuing satisfaction, the saints are living proofs of the actuality of the evangelical Beatitudes. In keeping with what Saint Paul has called the folly of the Cross, they show how true, lasting bliss goes hand in hand with renunciation, self-denial and abnegation. They teach us that happiness can also mean being reviled and persecuted on Christ’s account (Mt.5:11); that happiness means being able to sacrifice everything –even one’s own life—as a supreme statement of one’s love for Christ, so as to humbly share with Him, if need be, the bitterness of the chalice, the pain, the passion and the agony of the Cross –folly to the world indeed— the very folly which overturns the logic of fleshly power and opens the gates of Heaven. 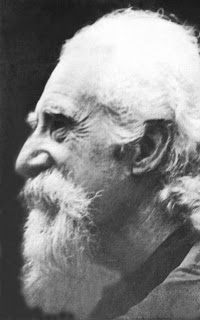 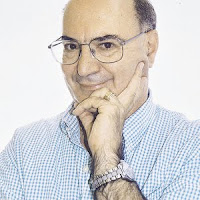 “O sweet Lord, may I live a life in the likeness of yours! …O sweet Lord, may I die a death in the likeness of yours”, was one of Monsignor Vladimir Ghika’s favorite prayers.
No other echo of Christ’s teaching on the Beatitudes seems more appropriate to serve as a conclusion to this modest presentation of a 20th century witness –a grain of the salt of the earth, a seed in the harvest of the Lord– blessed to have offered his life for Christ and His Church as a martyr .